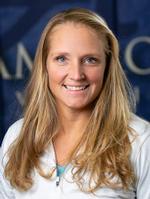 She helped lead the Fighting Bees to the CCAC Tournament in both 2017 and 2018.

Before joining St. Ambrose, Steinhauser, a former high school and college standout, had spent the previous five seasons with Platform Elite Volleyball, serving as the Coaching Director and the 18 National Head Coach.

"I'm very excited to be a part of St. Ambrose University," Steinhauser said. "This institution provides athletes with an exceptional education in addition to a volleyball program with a long-standing tradition of success.

"I am thankful for this opportunity to build upon the existing foundation and take the program to new heights. The game of volleyball has been my passion since I was very young, and coaching has been an important aspect of my life for many years. I plan to bring my energy, enthusiasm, and knowledge of the game to the St. Ambrose campus to help our student-athletes learn and excel on and off the court."

Steinhauser is a graduate of Riverdale High School in Port Byron, Ill., where the five-sport star received numerous awards, including Quad-City Times All-Area Player of the Year, conference player of the year, honorable mention all-state, and National Guard Female Athlete of the Year. She was also a three-time first team all-conference pick.

She attended Mississippi State University on a full volleyball scholarship, starting at various positions throughout her career - hitting right side, playing as a defensive specialist and setting. She was a four-time academic all-SEC selection.

After her college career, Steinhauser headed for the beaches of California, where she had the opportunites to train with many high level players and coaches. She won open events and played in AVP events qualifying for the main draw. During this time, she coached a middle school girls' program, taking an 0-12 team prior to her arrival to an 11-1 record in her first season coaching. She also started a boys' program there.

Returning to the Quad Cities, Steinhauser served as a volunteer coach for the Augustana women's club volleyball team in 2009 and worked as an assistant varsity coach at Moline High School from 2013-15 along with her work with Platform Elite. 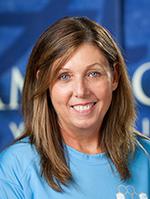